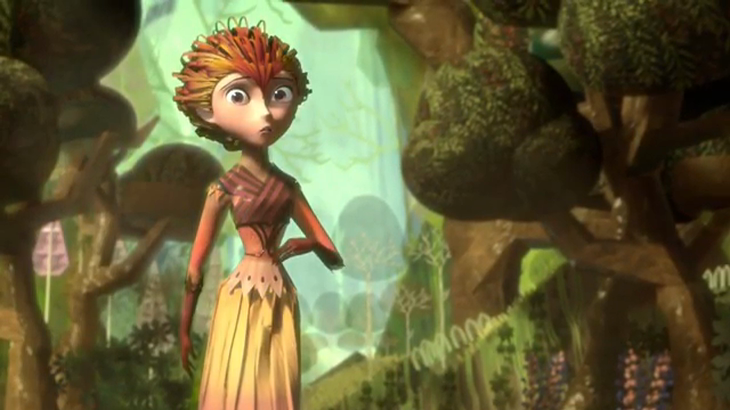 Chwaraewch y ffilm a rhewi ar ol 20 eiliad. (Play the film and pause it after 20 seconds.)

• Which character do you think this is?

• Can you think of any adverbs to describe how he moves?

• Use similes or metaphors to describe his appearance.

Pause the film after 52 seconds when Rock rests his head on his arm.

• Who is Rock watching?

• Describe how Paper is moving.

• What does Rock think about Paper?

• How does the director use music and sound to signify danger?

• How could we get the same effect in our writing? Pause the film on the close up of Scissors’ face

• How could we describe Scissors’ face?

Pause the film at 1 min 25 when Rock grips Paper’s arm.

• If he could speak what do you think he would say to her now?

• What punctuation would we need to use to write it down. Play the next couple of seconds and asks why can’t he hold on to Paper’s arm?

Unfortunately not the ones with chocolate chips.

Some cookies are necessary in order to make this website function correctly. These are set by default and whilst you can block or delete them by changing your browser settings, some functionality such as being able to log in to the website will not work if you do this. The necessary cookies set on this website are as follows:

Cookies that are not necessary to make the website work, but which enable additional functionality, can also be set. By default these cookies are disabled, but you can choose to enable them below: